We were very happy when Francesca Canali from bridgeditalia.it contacted us and asked for an interview. She told us her readers had many questions about Bridge Big and if we wouldn’t mind answering some of it. Francesca translated the Interview to Italian and we thought it might be interesting to others as well. Here is the interview in English:

When was the “Bridge Big project” born? Who had the idea?
Nira Tal and René de Waele founded Bridge Big in 2011 but they first started thinking about it over 10 years ago. Nira and René met at a World Championship for juniors in Poland, Nira playing for Israel and René for the Netherlands. This meeting turned into a romance and eventually a marriage. When Nira and René were students they played a lot of bridge and online poker. Playing bridge online was not as satisfying as live bridge and wasn’t as exciting as poker. There was nothing to gain, no money and no prestige. Also, the level and playing experience was often very poor. They wanted to combine the excitement of big money prizes in poker and the beauty of bridge, and so the idea for Bridge Big was born.
René had a background in software development and Nira, studying entrepreneurship, had a knack for business so they decided to start Bridge Big, not really knowing what they were getting into :-).
At the time (this was 2010-2011), René just finished his PhD project in physics and was ready to start something new, while Nira was finishing up her masters. Her final project consisted of developing a business plan, and they both decided this was the perfect time to start developing the idea in earnest. They had waited long enough for someone else to develop the bridge platform of their dreams and they figured: “if no one else is doing it, why not do it ourselves?”

Who developed the platform?
René developed the software alone at first. Later on, two good friends joined him. As they started, they still had a lot to learn, but as time passed they became more proficient. They often worked many many long hours and spent many sleepless nights. Meanwhile, the business plan that Nira wrote for Bridge Big won a prize at her university and she went on using it in the real world to raise funds for Bridge Big. Bridge Big officially was founded in 2011 and the first cash game was played in 2012. By April 2014 the latest Bridge Big version (version 2) was launched.

How is the Bridge Big company structured?
It’s a private Dutch company.

How many persons are working for Bridge Big at the moment? Is taking care of Bridge Big’s interests a full time job for you?
We are a team of 3 full time coworkers. Currently it’s Nira, René and Bob Drijver.

How many users are now registered to Bridge Big?
About 10,000 from almost 200 countries with a couple thousand money accounts.

How many of them are usual players?
Over a thousand play every month!

Is there any world champion player among Bridge Big users? Can you name them (I think our readers would also be interested in their nicknames if possible)?
Bridge Big has many world champions playing. To mention just a few: Alfredo Versace, Bas Drijver, Sjoert Brink, Simon de Wijs, Agustin Madala, Peter Fredin, Zia and Geoff Hampson.

Do you think and expect that the number of medium-high level players will increase, also in order to guarantee more valuable individual tournaments?
We are growing steadily everyday and most of the new money players are pretty strong. We plan to keep increasing our prize pools and stakes. This year we had a €25,000 prize pool for the World Cup and want to keep making this bigger! Our goal is to be the one-stop bridge site for good players who are excited to earn big from what they love to do most.

Have you ever planned to create a group of “pro” players sponsored by you, in the style of many online poker platforms?
Yes, most definitely on our road map.

What is the relationship between Bridge Big company and the World Champions Bas Drijver and Sjoert Brink? Has the number of your customers increased since Brink and Drijver became testimonials?
Bas & Sjoert are the perfect ‘poster boys’ (ambassadors) for bridge in general and for bridge big in particular. They liked the idea from very early on and see that Bridge Big might just be what the doctor prescribed for the future of the game. For pros like them this is a viable way of making money so it was just an obvious choice for all to work together.
It’s always hard to say what the direct result is for Bridge Big, but we think it’s just fun to work with players that are excited about our website.

What is the % that Bridge Big withholds on every board?
The rake on Bridge Big varies in % depending on the type of games. It ranges between 5% per board in cash games to 10% on the entry fee of tournaments.

How do you avoid illicit behaviours, such as information exchange about the cards between players?
We take security and anti-cheating measures very seriously.
Partners and opponents are randomly selected and change with each hand. You can not choose a partner. In fact, you have no idea who your partner or opponents are until after the hand is played, at which point you sit across from a new partner, again anonymous. To make it even more difficult to share information between players:
• We scramble our board numbers
• Everyone appears to be sitting South
• Chatting and kibitzing is not allowed
Also, our team is constantly monitoring both the boards and the players, over time, to make sure nothing slips through the cracks. A computer algorithm looks constantly for patterns or red-flags in the play or between players and for suspicious indicators at registration or cash-out. The team investigates anything fishy and, in the case of foul play, will pause or cancel games and warn, or completely block, players. Furthermore, players can ‘report’ concerns at any time straight from the game table.

Have you ever banned someone? Was the measure permanent?
We did block a couple of players accounts in the past after serious consideration and a thorough examination of each case. Most of the accounts were blocked because they were 2nd accounts of players and we don’t allow multiple accounts on Bridge Big.
We also had cases where a player deliberately played badly or slowly after several warnings.

Have you ever been accused to support some of the players? For example, somebody thought that the victory of a Dutch player in the “Bridge Big World Cup” is a strange coincidence; what would you like to say to these suspicious users?
In terms of players, our second biggest country after the US is The Netherlands so it’s not such a coincidence. Also, for us it makes no difference who wins or loses as we earn a margin on every registration equally.
We have big plans for Bridge Big and want to revolutionise bridge as a whole. We are not here for the short term, we have a long term plan how to bring bridge to the modern age and to the eye of the public. The cost to our image would be devastating if players think we are benefiting some players over others. So, a Dutchman winning is not an advantage to us at all… We also just hope that players are noticing our hard work and passion and don’t believe in accusations like that.

Do you see BBO as a competitor or you think it is too different from your software?
We don’t think we are in direct competition with BBO as our site answers different needs of bridge players. We offer individual bridge for money prizes and are therefore more focused on the serious, competitive player, while BBO is more for the casual player. This difference between BBO and us is exactly why we started Bridge Big in the first place: the existing platforms did not fulfil our own wishes for online bridge.
That said, BBO has been very important for bridge and we do love many feature of BBO, like its Vugraph and practicing possibilities.

Have you ever thought about running vugraphs of some interesting live tournaments in order to increase the number of registered users?
We have some ideas there but nothing to share yet. However, on Bridge Big we are developing a way to kibitz other players because we think it would be really fun to watch the big players going at it for €25 per IMP at cash games. And of course at big tournaments.

Do you think that your platform can be useful in order to increase the number of Bridge players? Do you think it can help the development of Bridge?
Part of the reason we started Bridge Big was to make bridge more attractive to a bigger population and improve it’s image. We think that by translating the great competitive nature of live bridge online and by adding serious value to winning at bridge will appeal greatly to new players, especially younger people.
We expect the first ‘new’ players will be those that have learned bridge at home but stopped playing or didn’t take it further later in their life. Now they can play from the convenience of their living room chair without the need to find a partner or the time to play.

Is your platform certificated? Poker websites need specific certifications in order to be legal.
Duplicate bridge is considered a game of skill nearly anywhere and hence there are very different regulations at play, i.e. a gambling license or certification is not required.

According to you, can your platform cause problem gambling? Have you ever thought about this possible problem? Do you have any precaution for this? Do you have any control system?
We don’t think bridge is gambling 🙂 so we don’t think that the same issues apply. However, the system does monitor the spendings of players automatically and we did once ask a player to ‘slow down’ but we don’t have a sophisticated system in place for this yet.

At the moment your platform is only in English language. Are you planning to add an Italian translation?
We have a Dutch translation of the site already and we can also add other languages. The biggest problem is that we would also have to deliver customer support in Italian as well in that case, and Bob’s Italian is not so good yet.

Which implementations are you planning for the future?
We have a long list of wishes for the future, let me just give you a taste of it: exciting new tournament roadmap, a leveling system with player points and rewards, private rooms, kibitzing, and much, much more. 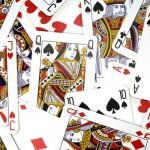