Bob is the latest addition to our team, and what an addition! Bridge achievements aside*, Bob has a natural energy that makes things just a little more fun around the office. With his loud laughter and quick responses he’s keeping us all on our toes.

Bob learned to play bridge when he was 9 years old and started to play competitively at the age of 12. He comes from a ‘bridge family’ where playing games competitively was part of everyday’s life and survival. Not surprisingly he’s extremely competitive. “I want to win whatever happens. I was terrible, I wanted to win every single board and if we didn’t, I used to take it out on others and on myself.” He admits of making his opponents cry at the table on several occasions (a long time ago 🙂 ). “Bridge is unfortunately a game of making as few mistakes as possible. Mentally you need to be able to cope with it and when you are young you are not so cool.”

Bob grew up and gained experience playing team sports (like tennis and (beach) volleyball). With the help of some mental coaching he is much cooler now. These days he tries to make his partners play the best they can, but his competitive nature is still very prominent. “It’s impossible for me to switch it off. Somewhere inside of me I still want to do the best I possibly can. I can’t stop noticing everything around me. Maybe it has something to do with my previous job.” He refers to his time as a croupier in Holland Casino.

When asked about the future of bridge, Bob is not too concerned although he mentioned that “bridge needs a push”. He finds the extra categories in the youth championships (e.g. girls & kids) positive developments, because it will keep a broader audience interested in the game. “The problem of bridge is unfamiliarity. I started to play tennis because I saw it on TV. How would people know about bridge? I think what we are trying to do with the TV show (he refers to the Bridge Champion of The Netherlands) is important for the game. Adding money to the game like with poker should give it a great boost as well.”

Within Bridge Big Bob is in charge of all customer support, various marketing activities and he’s actively involved to make the bridge on bridgebig.com be as good as possible.

We asked him what makes a good customer supporter: “Being patient and trying to see both sides. I try to have a conversation and look for a middle way. Also I try to make the most of every helpful suggestion”. He also has a small advice for playing online: “Don’t expect fancy agreements. Playing on Bridge Big is more about your technical skills – back to basics”.

We asked Bob questions he needed to answer quickly without giving it any thought only with a yes or no answer:

* Amongst Bob’s many bridge achievements are the following: 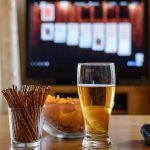